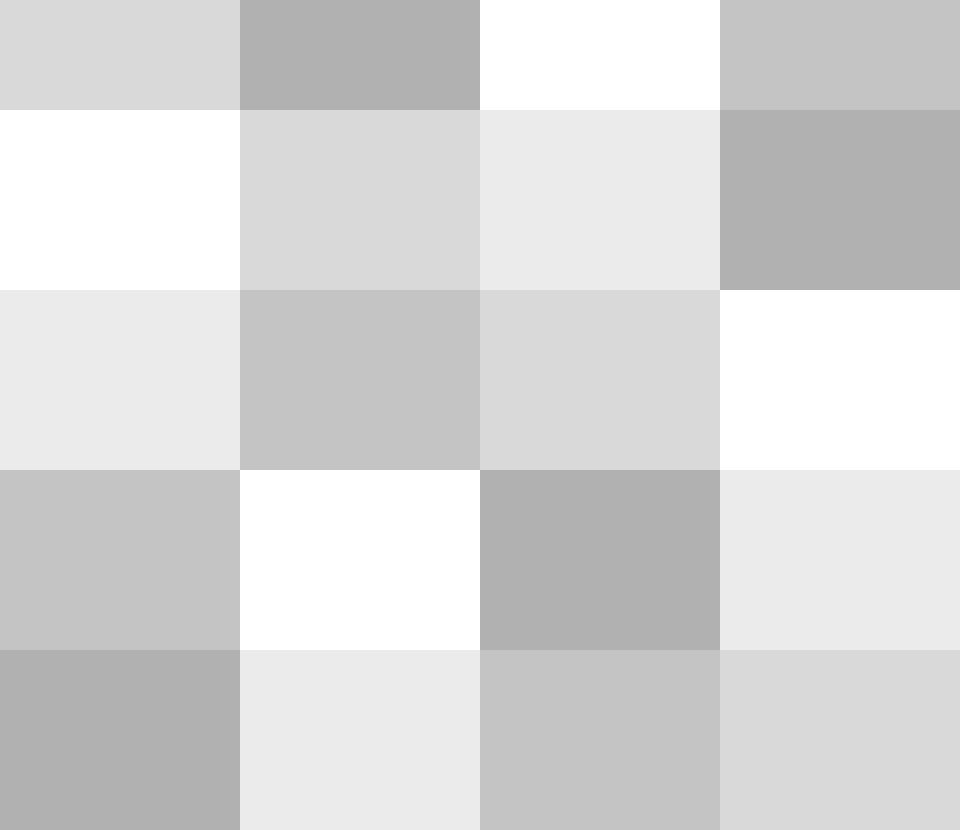 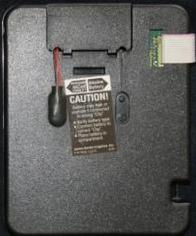 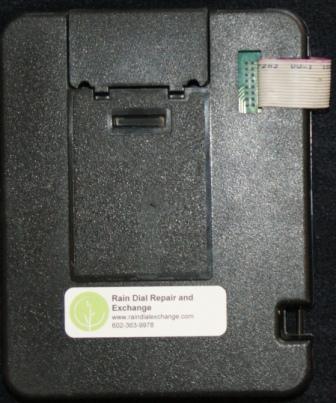 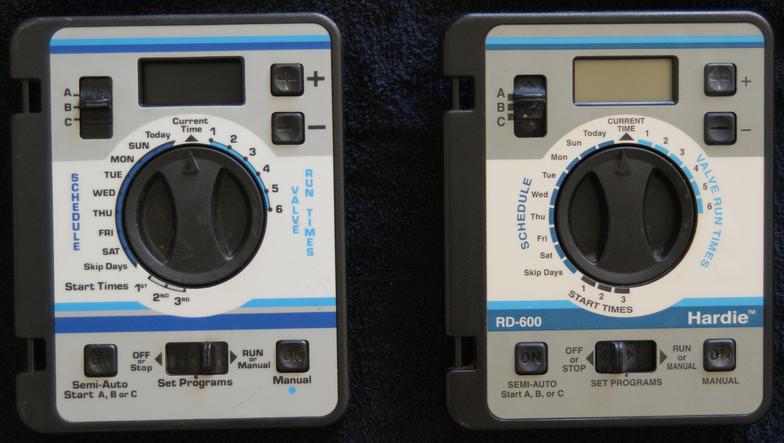 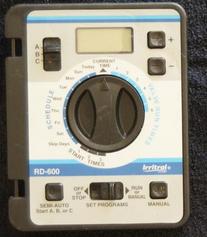 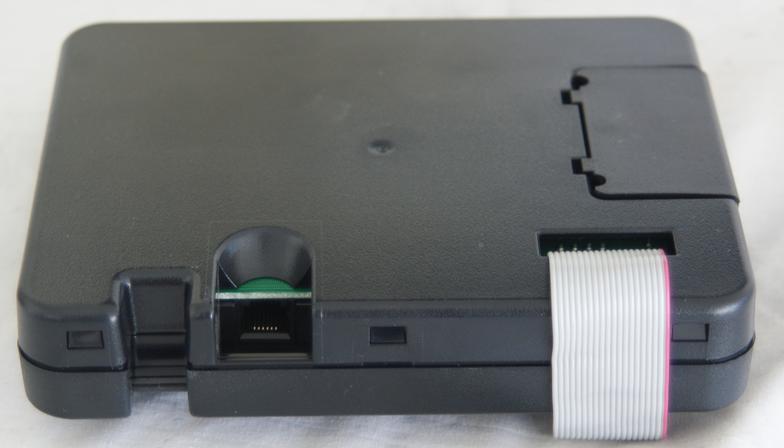 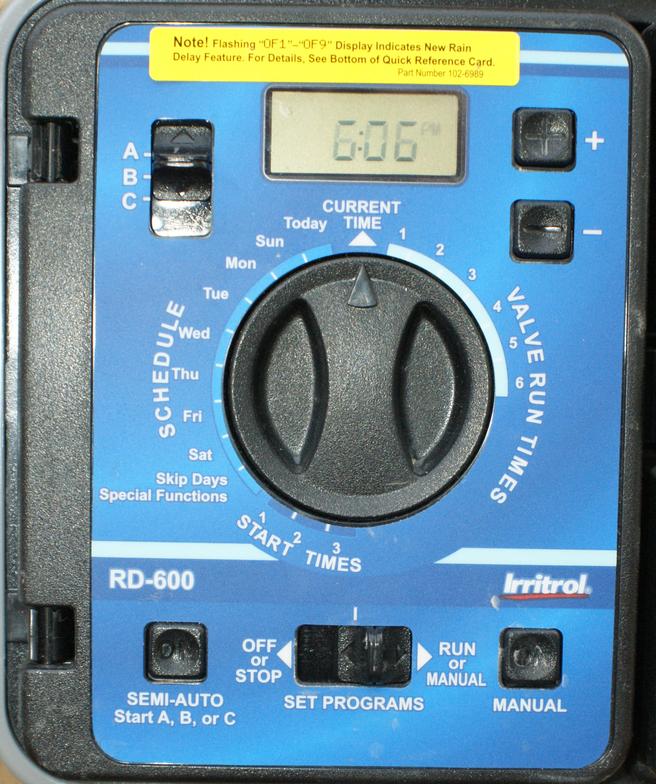 The above photos display Hardie timers from around 1991 - 1995 / 1996.  Some controllers will have a blank faceplate without a Rain Dial model number (i.e. 600 / 900 / 1200) prior to 1993.  After 1993, Hardie placed their company name on the timer.  In 1995 / 1996 Irritrol purchased the sprinkler division of Hardie and eventually placed the Irritrol logo on the Rain Dial lithograph.
Another distinguishable feature of the early Hardie / Irritrol units is the backside of the sprinkler box.  It will have two 9vdc terminal leads.  One lead was designed for disposable batteries while the second lead was for Ni-cad rechargeable batteries.  Eventually, Irritrol would drop the recharging capability and keep only the disposable battery option.
​The photos on the left demonstrate how the Irritrol timers looked from 1996 - 2005 / 2006.  This was the longest period Irritrol did not make any significant changes to the design of the Rain Dial controllers. 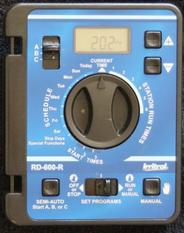 Now here is where things get a little confusing.  See the photos below.  In 2006 Irritrol decided to change the color of the faceplate to navy blue, add a yellow programing sticker, change the back cover (identified by an RJ45 plug) and throw in some additional programing features.  The timers were still labeled RD-600 / 900 / 1200 and they still used the standard 16-pin gray ribbon cable connector.  Note: The 16-pin cable was used from 1991-2008 for almost 17-years.
Then in late 2008 Irritrol decided to release the RD-600 / 900 / 1200 R series.  Every new type R controller would go from a 16-pin gray ribbon connector to a 20-pin connector.  Why is this a significant milestone?  Well going from a 16-pin cable to a 20-pin resulted in a new circuit board for the gray weather proof case for the timer.  The photos outline all the different changes from 2006 - present.  I told you things would get a little confusing.  Note: All the various user manuals have been uploaded to this website. 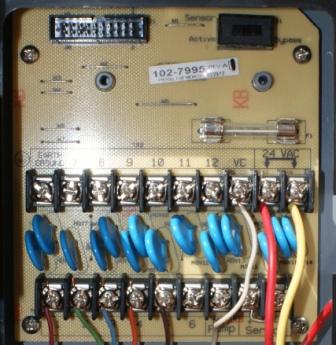 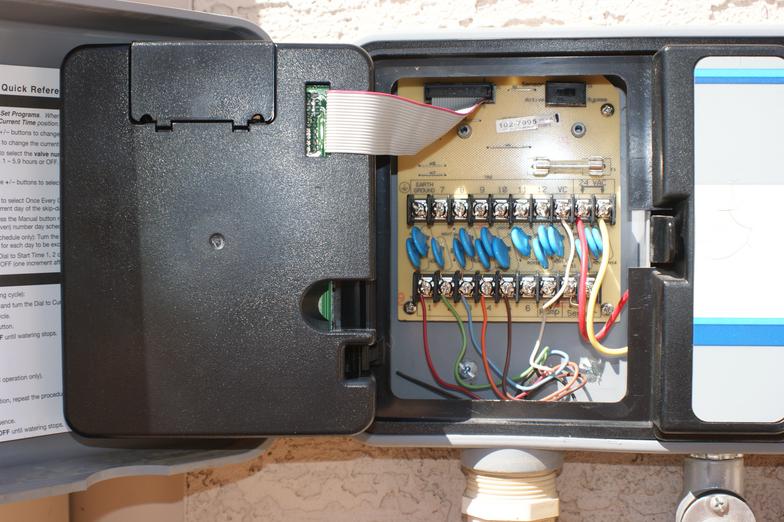